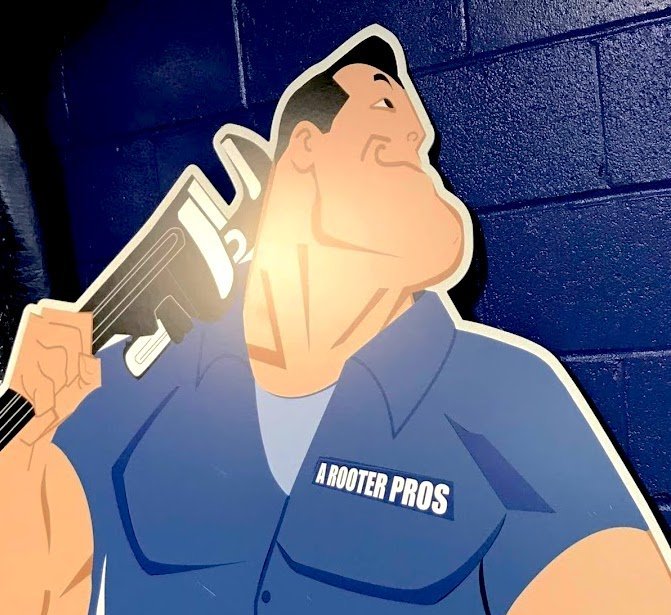 Whether clearing roots, lining pipes or jetting drains, A Rooter Pros thrives on a business approach that treats every customer as important.

There’s something to be said for clarity of vision. Brian Rivera, in his early 30s, has always known what he wanted to do, and how. That single-mindedness has brought him a thriving drain-cleaning and plumbing business in Hillside, N.J.

A high regard for customer satisfaction, combined with a solid training and an early-adopter mentality, has placed A Rooter Pros in a strong position. Sewer and drain cleaning and repair account for 80 percent of annual revenue. That includes chemical and mechanical root control for commercial and residential customers.

Commercial work in apartments, office buildings and restaurants makes up about 60 percent of total business, and the rest is residential.

A Firm Foundation
In high school and for several years after, Rivera served the equivalent of a plumbing apprenticeship with a business in Cicero, Ill., owned by his uncle and brother. He enjoyed the work. “It was problem-solving,” he recalls. “Some of the systems and installation techniques in the old houses in Chicago were more complex, so I learned on the tough stuff.”

Rivera found himself missing home, so in 2004 he moved back to New Jersey and worked for several contractors. After a year, he found he had the chops to work for himself. “I wanted to be able to decide when a job was really done,” he says. “I like to make sure everything is done right and to spend the time it takes with each person.”

Rivera believes customer interaction is at least half of what makes a successful business. “Customer time is as important as the time spent in the pipes,” he says. “Usually, in an emergency, people are frustrated, they’re annoyed, their personal effects are being damaged. You need to guide them through that situation, and lots of times that just means being a good listener.

“My job is to be an advocate for customer concerns,” he says. “Even if the information they want to share is irrelevant, people don’t want to be dismissed. They want to be part of the process. I listen, then explain the situation in a simple, understandable way. I ask afterward if they understand, and only then do we move on to the next step.”

Due Process
Rivera says it’s critical to learn the history of a house or building. “If they’ve lived or worked there for years, it’s important to ask them about the nuances, like if water comes up the drain while they do laundry, or sinks make funny noises,” he says. “They’ll know these things.”

His experience is that getting customers to concentrate on such details also settles them down. “We decide together how to handle it. When we’re done, I let them know how to prevent more of the same problem. I write down recommendations if I feel we need to do a video inspection or any other costlier services.

“I tell them if something needs immediate attention, but I don’t take a forceful approach,” Rivera says. “Most of the time, they go ahead and have the repair done, and they end up thanking me for letting them know about it. They’re expecting the worst possible news, and being given the option to wait gives them a comfort level.”

One tactic A Rooter Pros uses to engender confidence is tailoring solutions for commercial customers. For hydrojetting work, Rivera offers clients a service contract. “We explain that sewer lines are often the most overlooked area where problems can happen, and that preventive maintenance is the way to avoid real problems,” he says.

He prescribes the appropriate level of maintenance each firm needs, whether quarterly or twice per year. His crews will also work at night or early in the morning if the customer wishes. “It’s our job to accommodate them as much as humanly possible,” he says. “We don’t want to shut down their operations unnecessarily. If they’re not making money, I’m not making money.”

Technology Makes the Difference
Rivera credits technology as a large success factor. “The video cameras and trenchless technology have to be our biggest time-savers and selling points,” he says “I’m always looking for the next thing that will help me do less damage, or make our jobs easier and faster.”

Root control is a common remedy for backups and the company offers a few options. “If they’re looking for a maintenance or temporary solution, we come out and hydrojet the line with different heads, or snake it, if need be,” Rivera says. “Then we’ll use chemical treatment, depending on the severity of the problem and the customer’s budget. That will maintain a line, but it won’t open it up if it’s heavily clogged.”

Small, springy roots respond to chemical treatment, but larger ones need mechanical persuasion. “If we pull back root when we snake out the line, we’ll get the camera in there to see how bad it is and decide how we want to take care of it,” Rivera says. Sometimes the next step is to use a jetter with a cutting tool.

When the line is damaged beyond salvation, A Rooter Pros offers a more permanent solution. “We’ll explain to the customer why it’s not a simple root-removal job anymore,” Rivera says. “We’ll camera the line and show them what they need is repair or replacement of a given section. No one wants to hear they’re facing that kind of expense, but there’s no arguing with the camera.”

Rivera will line the damaged pipe if possible. If not, he’ll excavate and replace. “In the long run, these permanent repairs will save my customers money,” he says. “But sometimes they just can’t afford it, so I always give them the option of going on a regular maintenance program.

“I’ll lay it out, explaining how often we’d come out for regular maintenance and what that would cost, letting them know that eventually they’ll almost surely have to do a major repair or replacement. This gives them some time to budget for that without being up against a wall right now,” Rivera says. “Others just want to get it over with and opt for the big job.”

Technology of Choice
Rivera is unequivocal in his embrace of trenchless technology. “Some people just don’t want to invest in the equipment, but it pays off in the long run,” he says. “It’s really a customer relations tool.”
He shopped extensively before settling on Global Pipeline Systems, a cured-in-place pipe repair that uses epoxy resin to impregnate a felt liner. It is designed for 2- to 10-inch lines.
“We were impressed with its versatility,” Rivera says. “We did an 8-inch steam line repair that had been quoted using traditional means at $30,000, and we were able to do it for $17,000. Better yet, we avoided having to take out a big tree that would have had to come out using traditional excavation.”

Success is Contagious
Rivera backs up technology with information. He attends the Pumper & Cleaner Expo, in part for networking. “You meet some really great people there and bounce ideas off each other,” he says. “You might not get another chance to talk with someone who runs a multi million-dollar company and benefit from everything he’s learned.

“I talk to successful business people and I ask them what they’re doing that works,” Rivera explains. “It’s great not to have to go through problems someone else has already solved. We’re all trying to make a living, and there’s no reason we can’t all work together to help each other. I try to be a sponge, soaking up whatever successful people have to tell me.”

Rivera believes his approach to customers has built a solid reputation for A Rooter Pros. “You make sure you serve each customer with the individual time they need,” he says. “It’s hard not to have the mentality of just taking care of what you’re doing and hurrying on to the next job. But I tell the guys to treat each customer like they’re your only one for the day, and make sure they’re happy when you leave.”

Overall, Rivera sees a bright outlook for cleaning contractors. “I see guys out there who are really making a difference and pushing us all forward,” he says. “The technology is really pushing the envelope. I think it’s growing the industry as a whole. Times may be slow now, but I think we’re going to bounce back and overall, we’re still moving this field forward every year.”

Tell Us About Your Experience

Our team answers all calls. 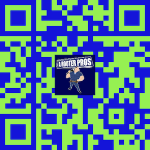